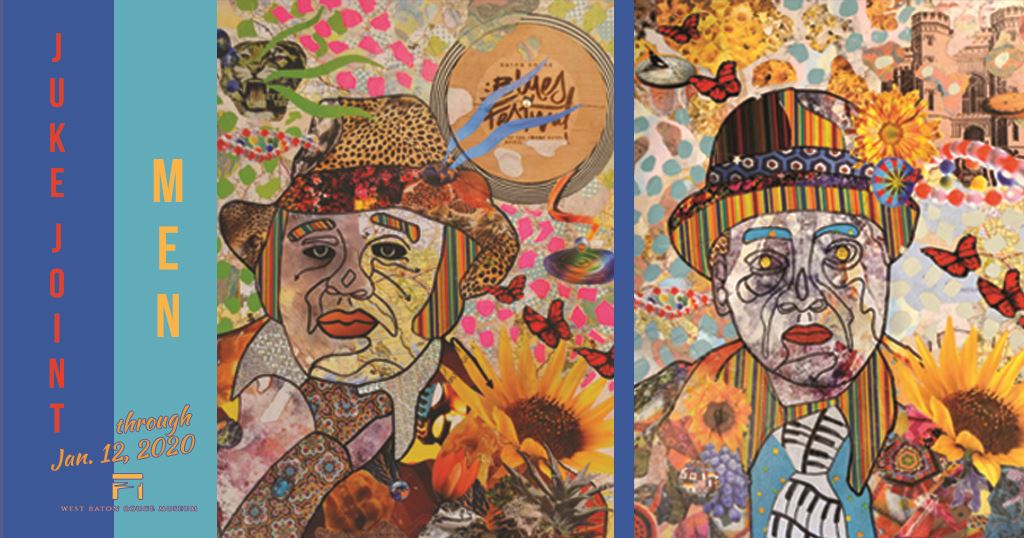 John K Lawson is a native of Birmingham, England who now resides in south Louisiana. Known for his colorful collages and other mixed media art, Lawson has been featured in Country Roads Magazine and his work commissioned by numerous festivals across the state. After attending an event at the museum’s juke joint, John agreed to do a book highlighting local Blues legends with the West Baton Rouge Museum. The result is a series of collages and biographies of Blues musicians from the Westside of the river.

Ronald Trahan is a nationally known sculptor who is on the Artist Roster of the Arts Council of Greater Baton Rouge. He sculpts in bronze using a welding process to create figures inspired by childhood visits to the Mardi Gras in New Orleans. His jazz musician and second line dance sculptures have been highly sought after at the New Orleans Jazz Fest for decades.