When the Cannons Fell Silent 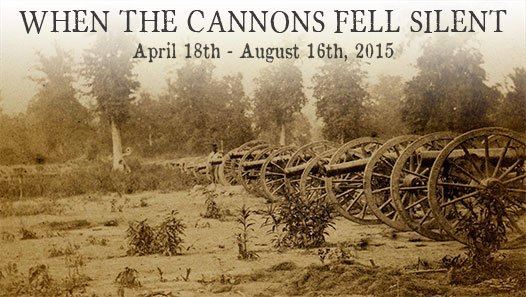 The West Baton Rouge Museum hosts When the Cannons Fell Silent an exhibit commemorating the sesquicentennial of the end of the American Civil War opening April 18, 2015, and running through August 16, 2015. The exhibit features one of the finest collections of original Civil War prints available, including works published by Frank Leslie, who spared no expense in commissioning twenty skilled artists to sketch "every battle, skirmish and military movement, to give to the anxious ones at home a vivid and realistic picture of the real war." Artists represented in this collection are Edwin Forbes, William Waud, James E Taylor, Joseph Becker, Henry Lovie, Francis B. Schell, A. Berghaus, Wm. T. Crane, C.E.H. Bonwill, J.E. Hillen, EF. Mullen, and F.B. Wilkie, as well as sketches by officers of both sides of the conflict.

The Civil War was a dramatic and devastating time in the history of the United States. The seven prints by Winslow Homer in this exhibit show the very human side of war, from breaking a wishbone at Thanksgiving to playing "football" to relieve stress